The success of Polish 10-year-olds

Polish 4th graders, along with their cohorts from Finland and Lithuania, placed 17th among the 49 countries participating in the TIMSS study in 2015. Polish pupils placed 9th among 47 countries in science achievements.

„We always celebrate during the announcement of international test results, and even more so when the results are good,” said Prof. Krzysztof Konarzewski, coordinator of TIMSS 2015, while presenting the study results on November 29, 2016. 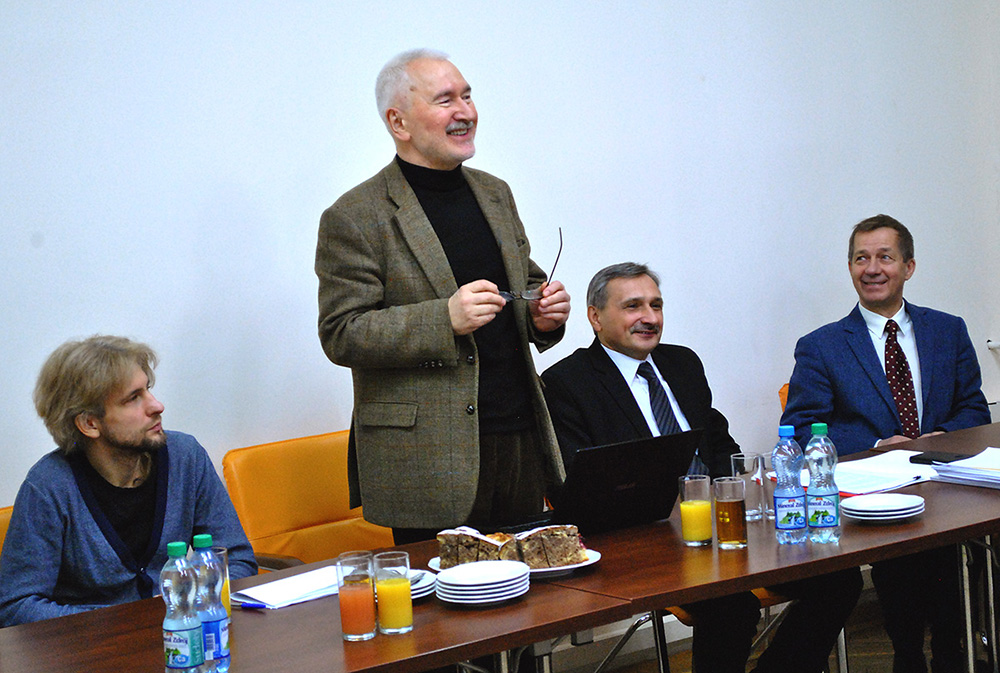 TIMSS is a comparative study of student achievement in mathematics and science. Since 1995, the study has been held every four years. Poland first participated in TIMSS in 2011. At that time, third grade pupils participated in the study.

The results of the study were presented by Prof. Konarzewski, study coordinator,  Marcin Karpiński, IBE expert on mathematics education, and Dominik Marszał, IBE expert on life science subjects. Marcin Karpiński emphasised that if we compare Poland with Finland, we have more very good pupils, but also a bit more that can be considered weak. He also noted that if Poland were not compared to countries with agglomerations (Singapore, Hong Kong) or parts of countries (Northern Ireland, Flemish Belgium), Poland’s results would be even higher. He discussed the mathematics problems, pointing out that Polish students were better at solving problems than at doing tasks relating to information. He noted that there was no difference between boys and girls in mathematics.

One EU country in which 4th grade pupils had better results in science was Finland. Dominik Marszał noted that the curriculum somewhat influenced the results, as Polish pupils did better in biology than in geography and physics. He emphasised the importance of teaching the life sciences in such a way as to cultivate scientific reasoning.
In conclusion, the Undersecretary of State at the Ministry of National Education, Maciej Kopeć, stated that the results of the study are important for working on changes to the core curriculum and on plans to mitigate the transition from 3rd to 4th grade. 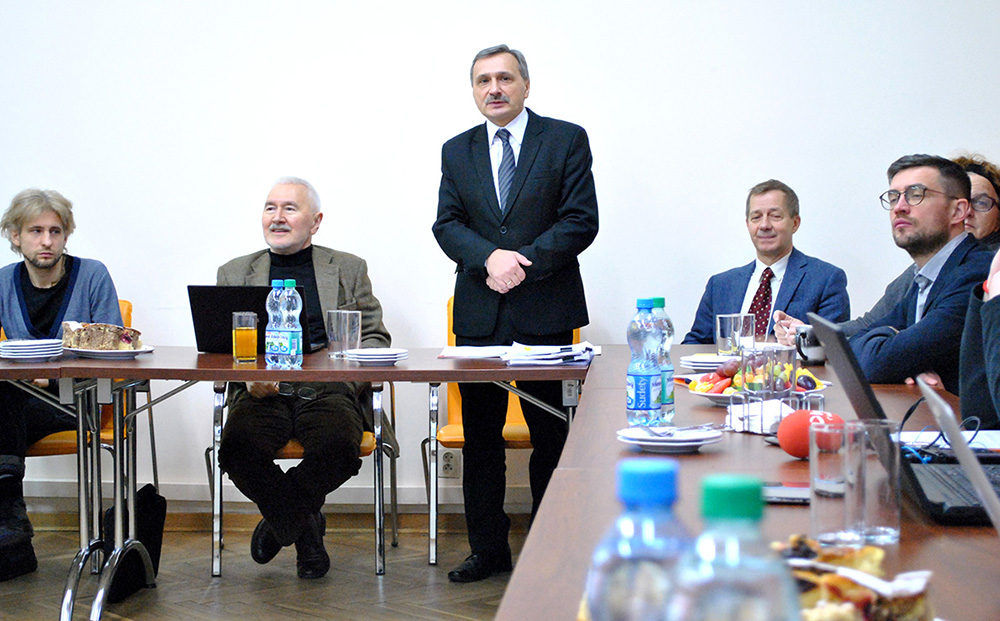 Undersecretary of State at the Ministry of National Education, Maciej Kopeć

Detailed study results are available in the press materials [Polish].

The main TIMSS 2015 study was conducted by IBE’s field research associates from April 13 to May 29, 2015 in 150 primary schools across Poland. Data was collected from over 400 pupils from 250 4th grade classes. We are deeply grateful to the directors and teachers of the selected schools for their participation in the study.

Mathematics and science teachers whose classes were randomly chosen for the study completed a teacher’s survey. It is used to learn about their professional preparation, teaching methods and support in developing pupils’ skills and strategies, materials and teaching aids, as well as working conditions.
School directors or their designated representatives filled out the director’s survey, which covers general information about the school and the teaching methods used.
Parents also participated in the study. They were asked to complete a parent’s survey that included questions about how their child learned during preschool years and how parents help their child to learn.

At the end of the field study, test papers were sorted and the responses to the open-ended tasks were assessed and coded. The collected data then was entered into international databases. The data was sent to the Data Processing Center in Hamburg, where they were comprehensive analysed. Based on the collected data, IBE experts prepared a final TIMSS 2015 study report. 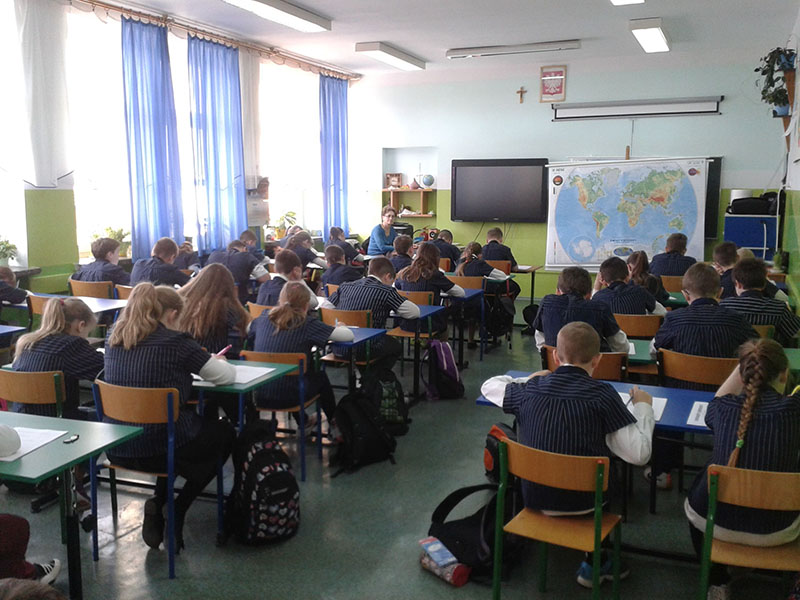 Participating in TIMSS in one of the primary schools 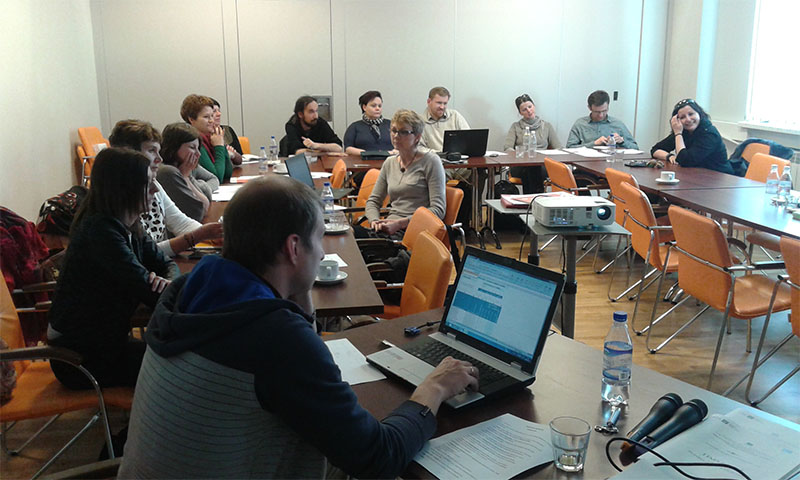 Training the field workers who conducted TIMSS in the schools

At the end of March and April 2014, a pilot study was conducted on a sample of 34 schools. Between June and August 2014, analytical work was carried out on the test questions and surveys used in the pilot. The analyses were carried out by IEA Data Processing and Research Center in Hamburg. Based on pilot results, IEA experts, assisted by national experts, selected the main study tasks of TIMSS. The TIMSS 2015 field study was held in April and May 2015, on a sample of 150 primary schools. In most schools, two 4th grade classes will be studied, in about one-third of the schools, one 4th grade class. The survey also includes the parents of the pupils studied, mathematics and science teachers, as well as school principals.

TIMSS (Trends in International Mathematics and Science Study) is coordinated by the International Association for the Evaluation of Educational Achievement (IEA) based in Amsterdam, The Netherlands and in Poland by the Ministry of National Education.

Next to the PISA study, TIMSS is the most important comparative educational study. It also has the longest tradition, as it was also conducted in 1995, 1999, 2003, 2007, 2011. The first edition had participants from 41 countries, in 2007 – 48 countries, in 2011 – 63 countries. Between 1995 and 2008, an additional study was conducted of students in the upper grades of upper secondary school, in which the knowledge and skills of mathematics and physics were measured, with 10 countries participating.

Aims of the Study

Aims of the Study

TIMSS studies the level of knowledge and reasoning of students in mathematics and life sciences.

The international definition of the population surveyed by TIMSS is children who attend school and meet two conditions: they finished the fourth year at the ISCED 1 level and their average age at the time of testing is not less than 9.5 years. The study usually tests 4th grade pupils. TIMSS is also conducted at the 8th grade level (8th grade in Poland is equivalent to the second year of lower secondary school); Poland did not participate in the study at this level.

The premises of measuring skills levels take into account the mathematics and life sciences curricula of different countries. The TIMSS study randomly selects entire classes, and surveys are also completed by pupils, parents, mathematics and science teachers, as well as school directors. Data sets are publicly available, enabling secondary analyses to be performed.

TIMSS 2015 research activities were conducted by a team from the Subject Teaching Unit and the National and International Relations Unit of IBE.

mail: This email address is being protected from spambots. You need JavaScript enabled to view it.

Meeting of the Scientific Council of the Educational Research Institute